Guide to the number visualization

Use a number widget to display a single number with optional goal values and status indicators.

Written by Richard Ingram
Updated over a week ago

The number visualization is focused on the display of a metric that can be represented by a single number, along with optional associated secondary metrics, such as a change or trend indication.

When to use a number

Use this visualization when the number is the most important aspect of the metric you're trying to display, such as today's sales, or yesterday's website unique visitors.

The secondary stat can then be used to give context to the current value.

KPIs and metrics where the numerical value is of the utmost importance. For example, a key metric among customer support teams is first response time. A number associated to it is immediately understandable, hence a number is ideal.

Anatomy of the number 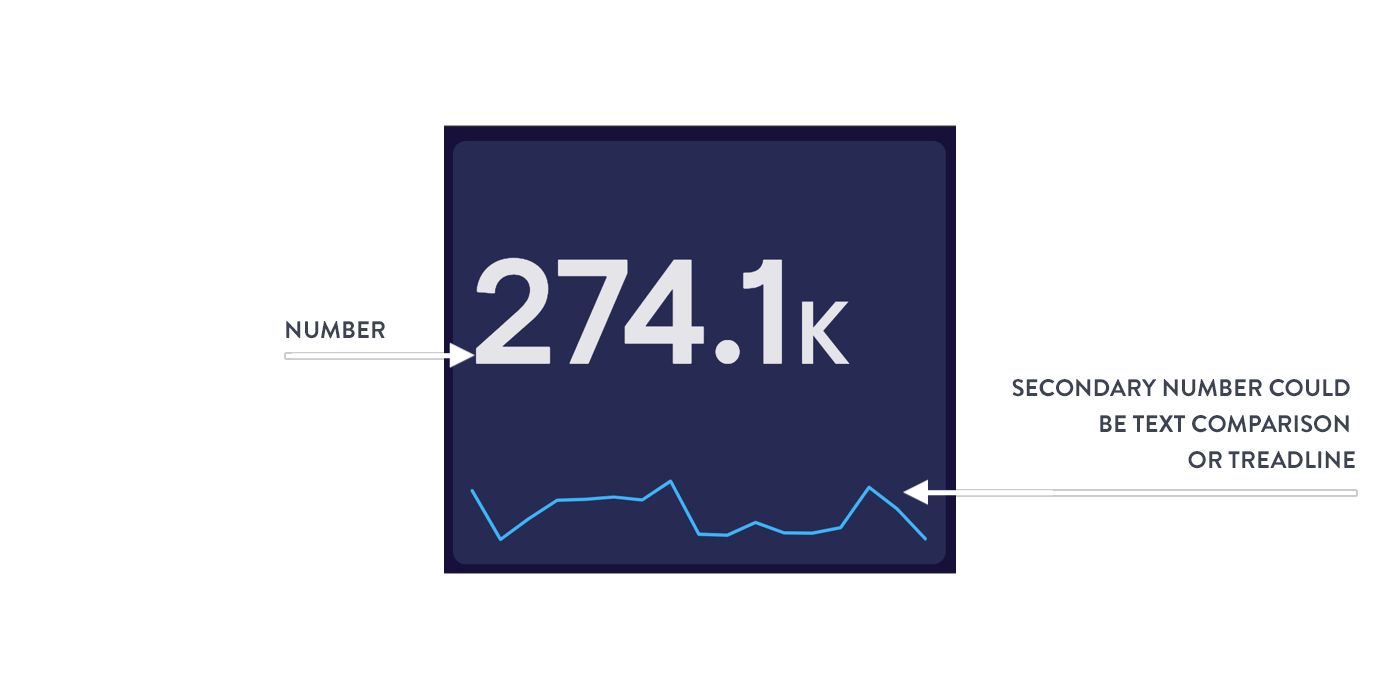 This visualization can also have an array of numbers displayed as a trendline below the principle metric (trendlines for number metrics only available when using our Spreadsheets and Datasets API integrations.

Why is the secondary stat showing "-" or "∞" for the comparison value?

Decide on a clear title. The title should be a brief description of the data that you want to show.

Add a secondary statistic to give context to the numerical value. For example if your metric is "MRR added in the last 7 days", having a reference of how much MRR was added on the previous 7 days can serve as a barometer of how good or bad the number is.

Use the Decimal Places feature to manually set the precision of numbers in your widgets, so that you can show the level of detail appropriate for your dashboard.

If needed, you can also override our automatic settings for what abbreviation and unit to show. Abbreviation, Decimal Places and Unit are part of the "Fine-tune" settings.

Did this answer your question?